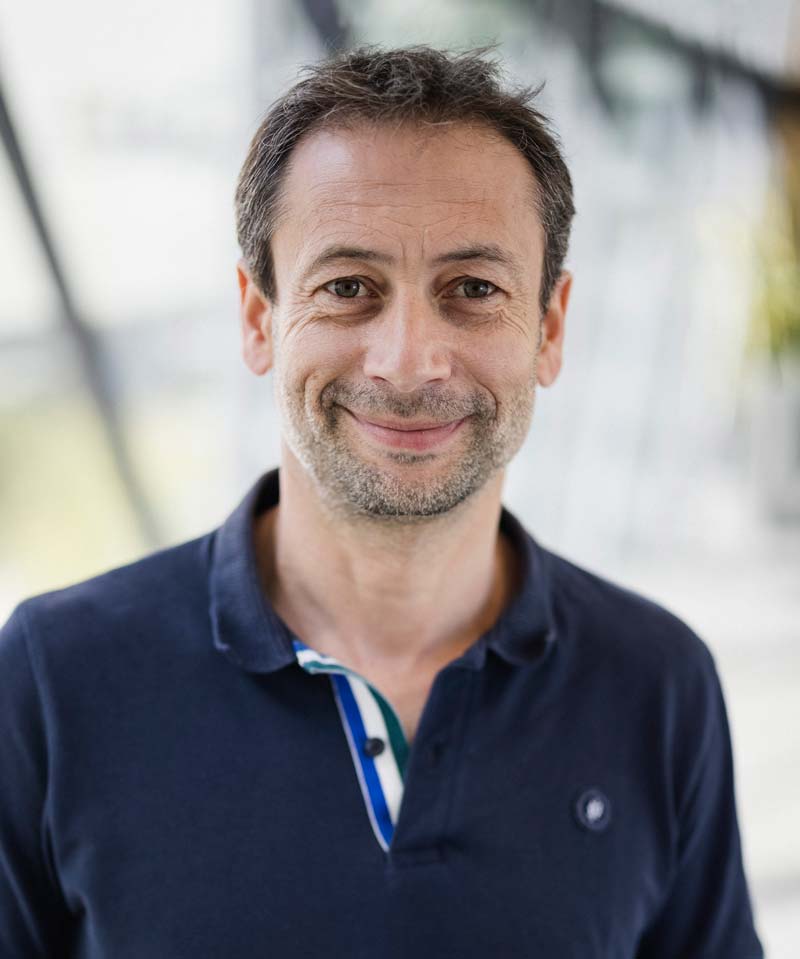 Laurent Duraffourg received his master and his Ph.D. degrees in Applied Physics from the University of Franche Comté, Besançon, France, in 1997 and 2000, respectively. He received the HDR degree (accredited to supervise research) in Physics from the University Joseph Fourier Grenoble in 2010. Between 2011 and 2014, he was co-director of the Alliance Caltech-Leti for nanosystems VLSI with Prof Roukes. Between 1996 and 2000, his work was focused on optical secure communication, quantum communication, and photon-counting integrated circuits. At this occasion, several patents were filed and were licensed to the startup Smart Quantum, Lannion, France.

During 2000–2004, he worked for the start-up company PHS MEMS (Grenoble, France), as project manager and designer dedicated to micro-optoelectromechanical systems (MOEMS) and biochemical sensors for biomedical applications. In 2004, he joined the research institute CEA-Leti, as researcher, working on micro and nano-electromechanical systems (M/NEMS) and detection principles at the nanoscale. Between 2014 and 2020, he was the head of the Optical Sensors Laboratory (LCO, 30 people) in which he developed mid-infrared photonics. His last position was the head of the microsystems division at CEA-Leti (115 people) and CEA Research Director. He has contributed to more than 110 publications, filed more than 35 patents and written 2 books.

Graduated from PHELMA engineer School, Mathieu Dupoy started his career in the start-up Photline Technologies, pioneer in the manufacturing of LiNbO3 electro-optical modulators for telecommunications. As a collaborator from the start, he established the processes of optical fabrication and electro-optical tests, pigtailing and packaging of the chips. He then took responsibility for the characterization of the commercialized product. In 2006, he joined the joint CEA-Leti/bioMérieux team in which I created and developed several methods for the rapid detection and identification of microorganisms: fluorescence microscopy in sprayed drops, light diffraction and ombroscopy on Petri dishes, and a system for counting bacterial colonies while concealing any contamination. Afterwards, I implemented Raman spectrometry on single bacteria. In 2015, he moved to the optical sensors team (at CEA-Leti) within the optics and photonics department to develop biosensors from the photonics components. As a project leader, he initiated and built the multi-spectral infrared imaging topic for biological applications. For the last two years, he has been managing a team of 5 people. He hold more than 17 patents and participated in more than 20 publications in the field of optics for biology and medicine.

Mathieu is expert in the Scientific Steering Committee of the Cancéropôle CLARA on topics related to “Innovations in Technology for Health”.

Philippe Andreucci has a strong background in transforming innovation in labs to real products. He has 20 years of R&D, product engineering, marketing & management in microelectronics, micro & nanosystems. He was previously co-founder and director of the CEA-CALTECH Alliance in nanosystems (France-USA). He is a skilled entrepreneur who has raised more than 30M Euros in funding), and has extensive business development experience in bringing in strategic customers. He was co-founder and CEO (7 years) of APIX Analytics (France) & a board member for numerous Deeptech start-ups. He is currently CEO of INJECTPOWER, a company dedicated to micro battery for implantable medical devices.

With our instrument and AI based software suite, your diagnosis and bioanalysis in oncology or microbiology get simple, fast and robust.

Manage Cookie Consent
To provide the best experiences, we use technologies like cookies to store and/or access device information. Consenting to these technologies will allow us to process data such as browsing behavior or unique IDs on this site. Not consenting or withdrawing consent, may adversely affect certain features and functions.
Manage options Manage services Manage vendors Read more about these purposes
View preferences
{title} {title} {title}